Are Dogs Allergic to Chocolate? 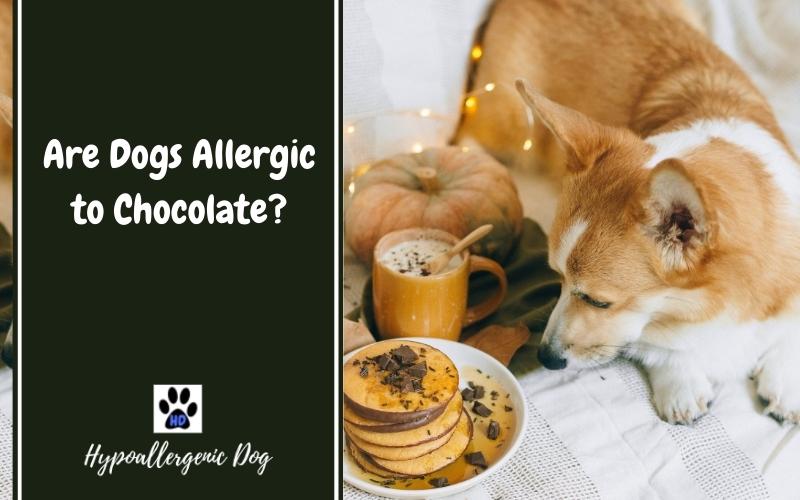 Are dogs allergic to chocolate? The truth behind this question is yes! Chocolate is toxic to our best friends. If you think your buddy has ingested the sweet treat, then what happens next will be determined by their weight, type of chocolate, and also the amount they have consumed.

Accidents happen, and our cheeky pooches can get up to mischief when our back is turned. Yet, the general rule of thumb would be to keep chocolate out of their reach. Failure to do so could lead to a toxic reaction.

Let’s dig in further to find out why something so delicious to us humans is so harmful to our hounds. 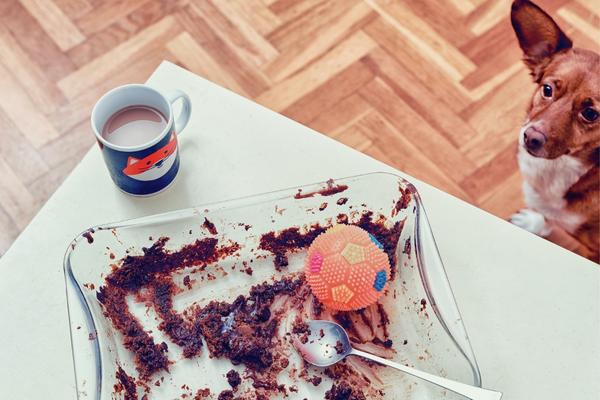 Why Are Dogs Allergic to Chocolate?

We all like to indulge from time to time, but it’s the ingredients that pose the risk for our beloved bow-wows. Chocolate contains the natural stimulants of caffeine and theobromine. Our dogs are unable to metabolize these in the same way as we can. Hence, your dog’s heart rate and the nervous system jump into overdrive, making it toxic to them.

Let’s be honest, giving over that sweet treat doesn’t resonate when you can see what could happen. The theobromine content can differ from product to product, and you’ll find that depending on which they consume, will have varying outcomes on your pet.

Cocoa powder is the most toxic — as it contains the highest level of theobromine — and as we go down the list (below), you’ll notice the lighter the chocolate, the lower the toxicity.

Are Dogs Allergic to White Chocolate?

As we’ve seen, the lighter chocolate becomes in color, the less risk of toxicity. White chocolate still contains harmful ingredients for your pooch, but it only has a tiny amount of theobromine. Thus, your dog is less likely to have a reaction to white chocolate than say, to dark chocolate, which has a higher theobromine level.

That said, the severity of a reaction would depend on the quantity of white chocolate eaten.

So, now we have an understanding of why chocolate is dangerous. It’s time for us to look out for those all-important signs of toxicity.

The following symptoms and signs have been recognized to prove toxicity in dogs.

The older your dog, the more worrying it can be. While dogs rarely die from ingesting chocolate, it does happen, but it’s more common among the more mature pooches. 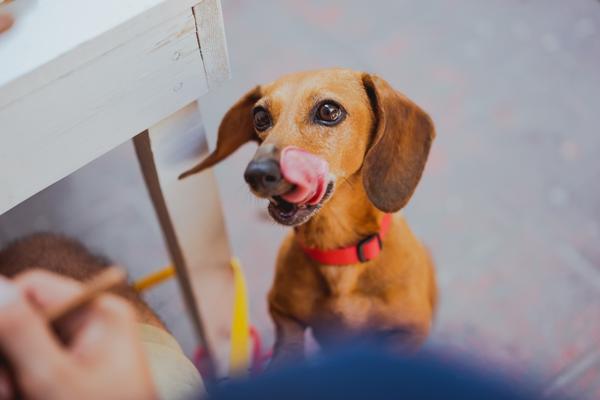 If you suspect your pooch raided the candy cupboard, you should:

Giving your vet as much information as possible will help to identify if they will need treatment.

And, toxicity symptoms present themselves within six to 12 hours after it has been eaten.

The best course of action will depend on how much, what kind of chocolate your dog has eaten, and the symptoms your dog is displaying. If non-serious, self-monitoring at home will suffice.

However, if for example, your pooch is experiencing seizures, in-clinic treatment is inevitable.

Vomiting may be induced to help prevent the toxins from entering the bloodstream. In some cases, your vet may wish to admit your dog overnight to keep their fluids running through an IV drip.

One Easter, my Shih Tzu decided she liked the look of a Milkybar egg. She ate around a quarter of it before I noticed. Panicking, I rang the vet, but they said to keep an eye on her. Luckily, it was white chocolate. However, I still noticed an increase in her energy levels and she became agitated with this newfound hyperactivity.

I didn’t need to seek further treatment, but it was a wake-up call. Since this happened, all chocolate is placed out of reach of my cheeky pups.

How To Prevent Chocolate Toxicity

No owner wants to see their dog sick or in danger, so here are a few ways to keep your fur baby safe around chocolate. 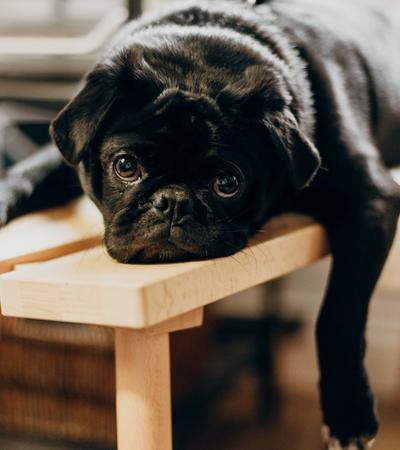 To finalize everything we know about chocolate and dogs — they mustn’t stick their noses in the chocolate tin. Toxins found in chocolate — caffeine and theobromine affect all dogs, as their bodies are unable to metabolize them.

If you can’t live without offering your bestie a treat — look into alternatives. Doggie-friendly cocoa-free chocolate is widely available, so you and your best pal can indulge together, in moderation.

Are dogs allergic to chocolate? Yes, they are. But, how it affects each one will vary in severity. Many owners think that they will just need minor treatment, and while this is often the case — don’t run the risk.

Are Dogs Allergic to Chocolate? FAQs

How Much Chocolate Is Toxic to a Dog?

Symptoms of chocolate toxicity differ depending on the size of your dog to the ratio of chocolate consumed. You can expect cardiac difficulties if 40-50 mg is consumed, seizures may start if more is eaten. As a rule of thumb, one ounce of milk chocolate per pound of body weight is considered a fatal quantity.

Should I Make My Dog Vomit After Eating Chocolate?

This would depend on how long ago the chocolate was eaten. Inducing vomiting should only be done by a trained vet. If some time has passed, your vet may opt to administer charcoal to prevent any more toxins from releasing into the bloodstream.

Can a Dog Recover From Chocolate Poisoning?

As an estimate, only a quarter of dogs treated for chocolate poisoning get better after two days. It is thought one in every 100 dogs won’t recover.

Are All Dogs Allergic to Chocolate?

Chocolate is toxic to all dogs because of the theobromine and caffeine it contains.

How Soon Will a Dog Get Sick After Eating Chocolate?

Symptoms of chocolate poisoning will usually manifest six to 12 hours after your dog has consumed it. However, it can show itself just an hour after eating.