Does Neutering A Dog Calm Them Down? 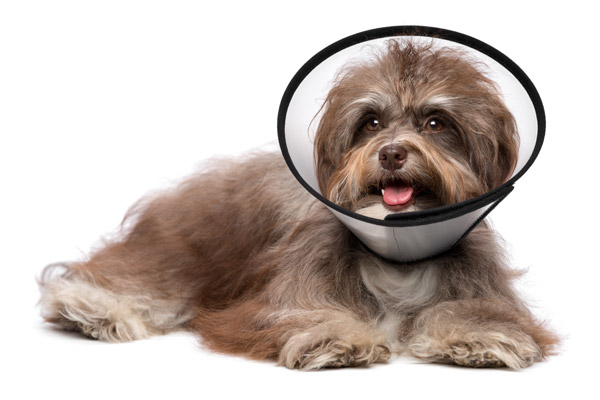 Does Neutering Help With Aggression In Dogs?

If you’re wondering if neutering or spaying dogs calms them down, read on…

This article discusses the results of three different studies which were conducted to examine whether neutering affects aggression in dogs.

A study conducted by five scientists in Chile unveiled some interesting evidence about dog sterilization techniques, and the impact they have on aggression. One hundred and two dogs were successfully tested in total. The test compared non-sterilized dogs with those who were surgically neutered, and dogs that were sterilized through chemical administration.

Chemical sterilization isn’t commonly used in the US. Typically speaking, male dogs undergo surgery to be neutered. However, many areas of the world struggle with an overpopulation of wild dogs. Chemical treatment is a relatively safe, cheap, acceptable alternative to letting these dog populations suffer from overbreeding.

Even so, tests in Chile revealed that chemically sterilized dogs did indeed show more aggression towards other dogs, than those who were neutered surgically, or not treated at all. Dogs that had been surgically neutered showed no increase in aggression in this study.

Another study conducted by two German researchers examined behavioral changes in a number of dogs. These dogs had human handlers. The study revealed that aggression was decreased in most male and female dogs after they were surgically neutered or spayed. Among the dogs that had issues with aggression, 49 out of 80 aggressive male dogs, and 25 of 47 aggressive female dogs became more calm after being spayed or neutered. However, 10 female dogs ended up being aggressive after being spayed.

Interestingly enough, it’s illegal to spay or neuter dogs in Norway. However, in 2010, Norwegians began to seek an amendment to Norway’s Animal Welfare Act. One which would allow owners to neuter dogs who showed sexual aggression, or whose lifestyle is negatively affected by being not being spayed or neutered.

Therese Bienek, who moved to Norway from the US, claims that she has never had to suture so many bite wounds on dogs. Bienek claims that sexual aggression is to blame because it can cause male dogs to attack one another. Additionally, 1 in every 4 female dogs will get breast cancer in Norway. Bienek says “It is well documented that spaying prior to the second estrus gives a dramatic reduction of the risk for mammary tumors later in life.” For this reason, among others, she hopes that Norway will reform their stance on altering dogs by surgical means.

When To Neuter A Dog?

There are a number of studies that examine how spaying and neutering affects a dog’s risk of developing health problems. In general, however, it would appear that the types of health conditions that are impacted depend greatly on the breed of the dog. However, when considering when is the best time to neuter a dog, most studies indicate that it’s better for a dog’s health to spay or neuter them after they reach physical maturity.

All in all, it would seem that surgically spaying and neutering dogs does, in fact, calm them down. Meanwhile, it’s possible that chemically sterilizing dogs may have an adverse effect on their behavior.